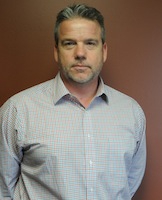 Briand comes to Superior Industries after most recently holding the title as Environmental and Recycling Manager at Voghel, Inc., a manufacturer of shredders, grinders, crushers and screeners for the recycling industry. Before Voghel, he was Vice President of Sales and Development for Manuquip Equipment Inc.