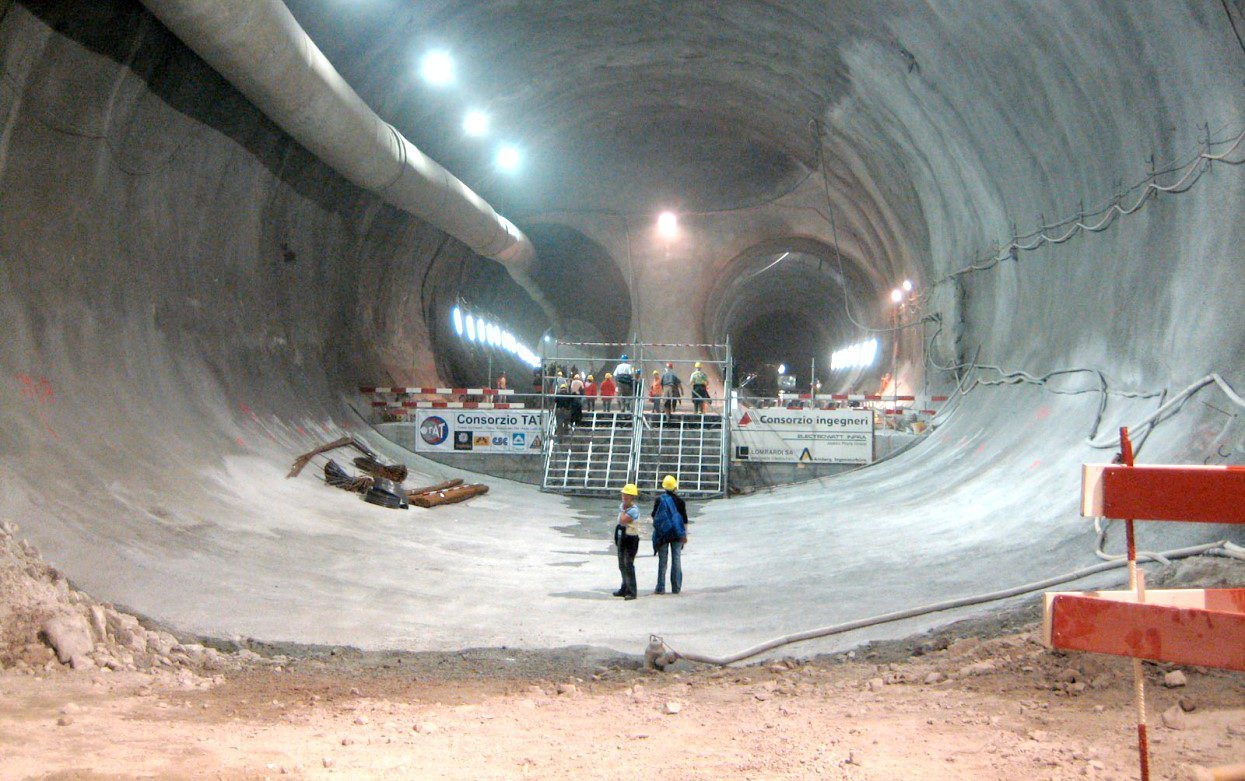 August 21, 2017 – In a project funded by the Austrian Science Fund FWF, a research group from Leoben investigated how excavation methods for hard rock could be improved by using microwave irradiation so as to make classical mechanical excavation easier and save energy.

The excavation of hard rock such as granite is a process that consumes a great deal of time and energy, whether it be in mining or in tunnelling. Several steps are necessary: first of all cracks have to be created in compact rock to make it fragment into individual pieces which can then be excavated and removed. In the history of mining, this first step was often carried out with the help of fire – because heat cracks the rock. An interdisciplinary project of the Chairs for Mechanics, Physics and Mining Engineering at the ‘Montanuniversität Leoben’ (Leoben University of Mining Sciences) investigated a modern version of that strategy, using microwaves to heat the rock.

“All conventional excavation methods have one thing in common: you first want to break the rock, i.e. create more surfaces, but only a small part of the energy really goes into that fragmentation. The lion’s share is lost in the form of heat”, says principal investigator Thomas Antretter from the Institute of Mechanics at the Montanuniversität. Currently, the rock is either blasted or fragmented mechanically with heavy machinery and then excavated. “This is a giant waste of energy. We do not want to replace mechanical excavation completely, that would be impossible. But we can make it easier”, says Antretter. 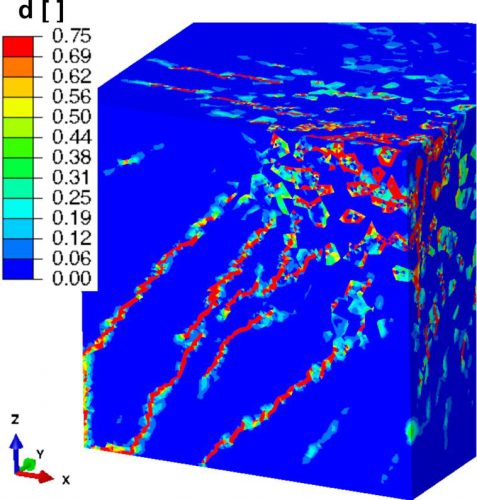 Antretter’s group was responsible for the computer simulations. “The simulations were quite comprehensive, because first we had to compute the electromagnetic processes, the irradiation and propagation of electromagnetic waves, and then we had to conclude from these computations how the granite would heat up.” Antretter was particularly interested in granite because of the difficulties it entails in excavation due to its hardness. Granite consists of feldspar, quartz and mica. “These minerals have different properties and heat up to different degrees. Apart from that they also differ in their electrical properties, meaning that they absorb microwaves differently.” This also had to be computed prior to the experiments.

“The results for power dissipation were then used to compute the mechanical aspects”, explains Antretter. “In order to do that we needed to calculate how the temperature is going to develop in the rock over time. Based on that we can compute the mechanical strains and stresses, again as a function of time.” The results were compared with the critical stress levels for the individual components of the rock in order to find out when the rock would break and produce the desired cracks.

Short pulses more effective
Thomas Antretter’s team simulated short, intense pulses lasting only a tenth of a second and compared them with longer pulses of lower intensity that lasted 100 seconds. The energy output was the same in both cases. “In the simulations, the short pulses showed a little more effect with the same amount of energy”, reports Antretter. In parallel, tests were made at the neighbouring Chair of Mining Engineering where the researchers have access to a microwave unit. “There they actually irradiated rock samples under different conditions and for different lengths of time. It turned out that you can create crack patterns and that they will correlate well with the results of our simulation.”

The idea of using microwaves to break up rock has been around for some time, recalls principal investigator Antretter. “But one could never quantify the effect precisely, the tests were done on a trial and error basis. And so they forgot about it again.”

There are a number of open questions concerning implementation in practice, such as fire safety issues. “But from a purely technical point of view, there is nothing that prevents implementation”, comments Antretter.

Thomas Antretter is a Professor at the Montanuniversität Leoben (Leoben University of Mining Sciences) and the Head of the Institute of Mechanics. His research focus lies on computer simulations of ‘martensitic’ phase transition, strains and stresses in materials and the interaction between microwaves and rock. Antretter has been honoured with various awards, including the Adolf-Martens Award.