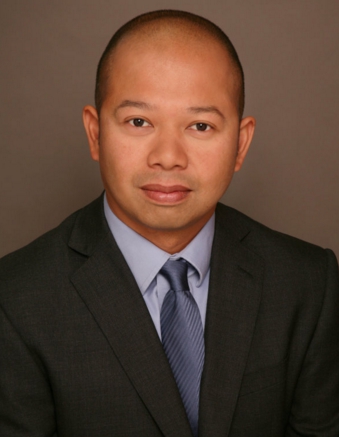 April 15, 2016 – The Ontario Hot Mix Producers Association elected Donn Bernal, General Manager of Hamilton based Yellowline Asphalt Products Ltd., as its president during OHMPA’s 42nd annual general meeting on March 31st at the Westin Harbour Castle Hotel in Toronto. Mr. Bernal is taking the over helm of the association from Steve Smith, Vice President of GTA Paving, Eastern Ontario and Atlantic Canada for the Miller Group and 2015 OHMPA president.

“I am honoured to have this opportunity to be OHMPA’s president as it enters its 42nd year of being the voice of Ontario’s asphalt industry,” said Mr. Bernal. “In the past few years OHMPA has made great strides in expanding its reach and digital presence through its website, ASPHALTopics magazine and social media channels, giving the association a stronger voice. Now, we are at a crossroads in the industry where many industry leaders are retiring and there is a great need to bridge the knowledge transfer gap. This year OHMPA will be implementing a wide-reaching educational program to enable contractors and municipalities to have the same level of knowledge, which should result in the production of better quality asphalt pavements.”

Mr. Bernal, a Hamilton resident who spent his formative years in Zambia, Africa, graduated from the University of Toronto with a bachelor’s degree in applied science and engineering in 1998. His career in the asphalt industry began in 1998 when he was hired as a laboratory technician for Ashwarren Engineering Services. He credits his early mentors for guiding him in the right direction in his career. “I am fortunate to have had several mentors within the industry that have challenged me to step out of my comfort zone to grow as a leader and who have been willing to pass their knowledge down to me.”

Starting in the early 2000s, Mr. Bernal began attending OHMPA seminars and events, but it was in 2009 when he became active in the association. “In 2009 former OHMPA presidents Paul Lum (2008) and Mark Rivett (2003) encouraged me to join the OHMPA Board of Directors,” said Mr. Bernal. “Getting involved with OHMPA has been an invaluable learning experience.”

In addition to his involvement on OHMPA’s Board of Directors, Mr. Bernal is active on OHMPA’s Marketing, Environment, and Awards Nomination Committees, AC Binder Task Group, and Benzo(a)pyrene Technical Standard and ASPHALTopics Subcommittees.

“It is a great honour and pleasure to hand over the reins of the association to Donn,” said Mr. Smith. “He brings with him tremendous knowledge and passion for the industry and I have the utmost confidence that he will continue to lead the head-on charge of all our initiatives for the continued pursuit of excellence in asphalt pavements.”