May 2, 2018  By B.C. Ministry of Transportation and Infrastructure 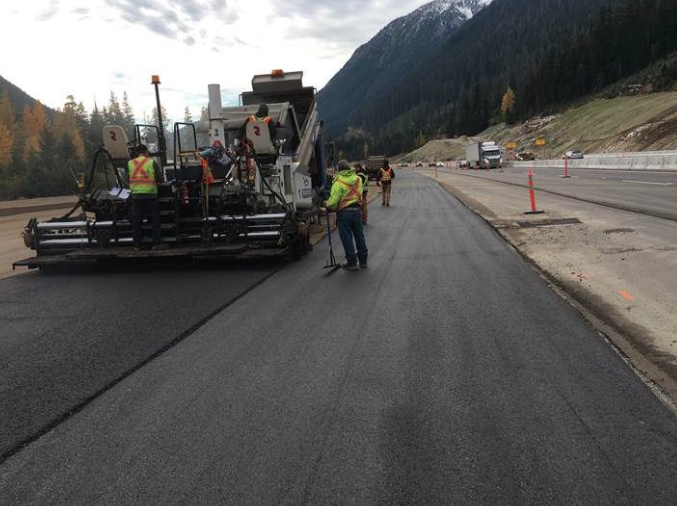 May 2, 2018 – A resurfacing project on Highway 5 near Barriere is now underway, marking the beginning of a busy season of resurfacing in the southern Interior region, covering more than 450 kilometres of highways and side roads.

“We have promised safer roads for the people of B.C., and paving more than 450 kilometres in this region alone this year will make a big difference to local residents and those traveling through the region,” said Minister of Transportation and Infrastructure Claire Trevena. “By maintaining high-quality roads and highways, we are improving peoples’ safety and keeping commercial goods moving.”

This first project on Highway 5, between Agate Bay Road and Darfield, includes 16 kilometres of resurfacing. Dawson Construction of Kamloops was awarded the $4.6-million contract for the work, which is now underway and is expected to be completed this spring.

More than $85 million is being invested in highway and side road improvements in the southern Interior in 2018. Other major resurfacing projects taking place in the region this spring and summer include:

Highway 5 near Merritt – From Portia Bridge to Kingsvale, resurfacing 38 kilometres of the Coquihalla Highway.

Highway 12 near Lillooet – 46 kilometres of resurfacing from Lytton to Lillooet, and 2.5 kilometres of overlay paving on Road 40, north of Lillooet, from Hollywood Crescent to Dickie Creek Bridge.

Highway 26 near Quesnel – Resurfacing 44 kilometres, from Wingdam to Barkerville.

While these resurfacing projects are underway, drivers can expect minor delays and, at times, single-lane alternating traffic. The ministry appreciates peoples’ patience while this work is taking place.

Drivers are reminded to slow down, obey traffic control personnel, and to check DriveBC.ca for the most up-to-date highway information.