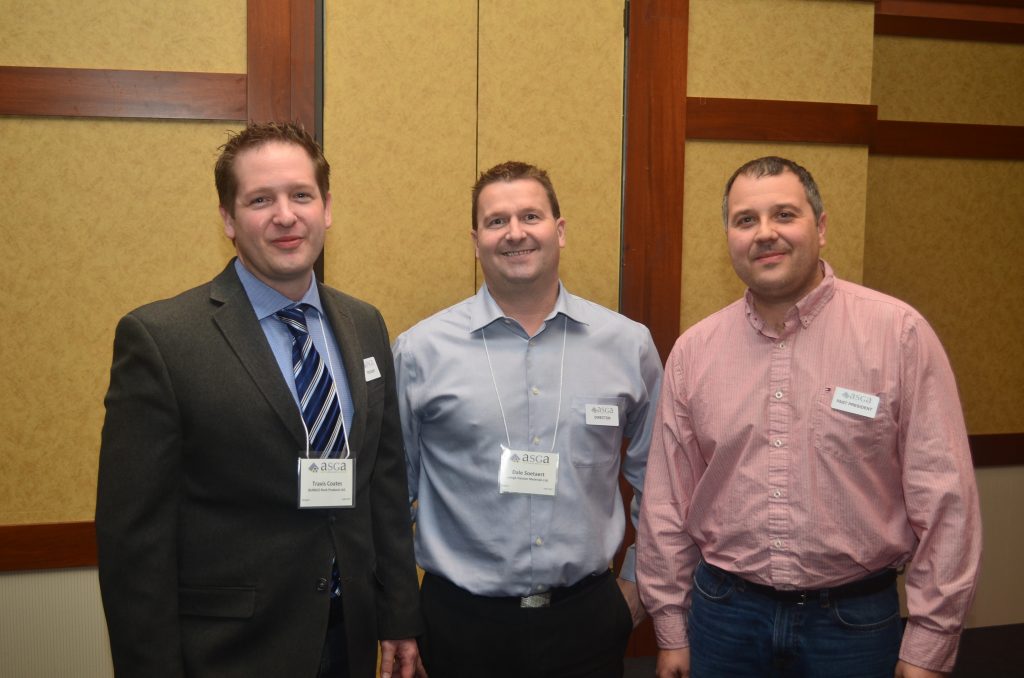 January 11, 2017 – Dale Soetaert has been named the new president of the Alberta Sand & Gravel Association.

Travis Coates, ASGA’s outgoing president, made the announcement during the association’s annual general meeting, which had approximately 275 people in attendance. Coates is stepping down from the position after fulfilling his three-year term at the helm of the association. All other board members have returned to continue their duties in 2017.

Soetaert is the land and environmental manager, Northern Prairies, at Lehigh Hanson Materials Ltd. Before joining Lehigh Hanson, he was head of habitat asset management (Alberta) for Ducks Unlimited Canada.

“I think the ASGA has made some good strides in the past and I certainly hope to continue on that path,” Soetaert said. “We need to continue to work with all levels of government, work with our stakeholders and the general public.”

He added that he believes the aggregates sector is an undervalued industry and that it needs to a better job at telling its stories to raise its exposure with the public.

“We are a very important industry to this province and we need to somehow figure out a way to a better job of interacting and help people recognize the value of our industry,” he said. “The average person consumes 13 to 15 tons of gravel – every single person in this province – to the tune of 65 to 80 million tons a year consumed through public infrastructure… aggregate is a fundamental component of our economy.”

One of the main goals the new ASGA president looks to tackle is growing the truck registry.

“I think it’s a good mechanism for complaints – not only to be lodged but to be addressed and dealt with,” he said.

With gravel trucks on the road being one of the more visible components of the industry to the general public, Soetaert said continuing to grow the truck registry program and make it more user-friendly is of great importance. Of course, responding to the complaints is what will make the registry truly successful.

“The registry is only as good as we respond to and deal with those complaints,” Soetaert said.

Another issue the new president plans to tackle is the cap levy regulations and the community aggregate payment system.