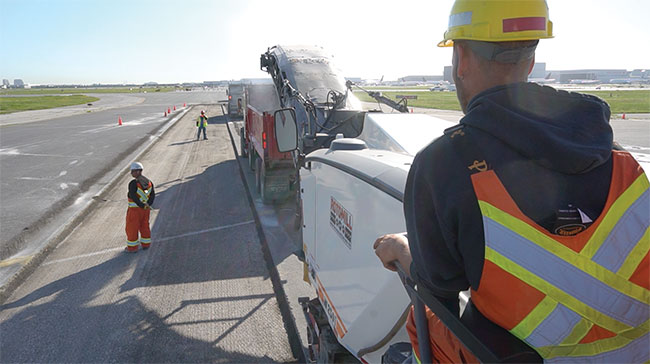 Announced on May 11, 2021, the federal government’s Airport Critical Infrastructure Program (ACIP) is designed to give COVID-19-cash-starved airports the means to resume their capital projects.

But at $489.6 million over five years, people in the industry are asking if ACIP has enough funding to actually make a difference.

These rules aim the program squarely at major airports in Toronto, Montreal and Vancouver, plus smaller centres such as London (Ontario) and Hamilton, among others.

Competition for funding may be ‘significant’

Ben Crooks is an aviation planner at HM Aero Aviation Consulting in Ottawa. He says that ACIP is an attempt to balance the drop in airport airline-related fees caused by COVID-19 with airports’ continuing obligations to meet Transport Canada safety standards.

“ACIP targets these interrelated challenges,” Crooks says. “Demand and competition for the $489.6 million in ACIP funding will likely be significant,” he adds, “given the number of airports that are eligible, the widespread nature of the financial challenges being experienced, and the high costs of major airfield capital projects.”

The funding should also restore some life to Canada’s airport construction sector.

“As a result of COVID-19 and the subsequent travel restrictions, airport authorities across the country have significantly reduced their operations to accommodate less travel,” explains Ian Kerr, EllisDon’s vice-president of business development in Vancouver.

“Less travel translates into less revenue for the airports and fewer opportunities for construction at these facilities. As an example, the work we were completing at YVR (Vancouver International Airport) was put on hold, due to the economical impacts that COVID-19 has on the Authority.” 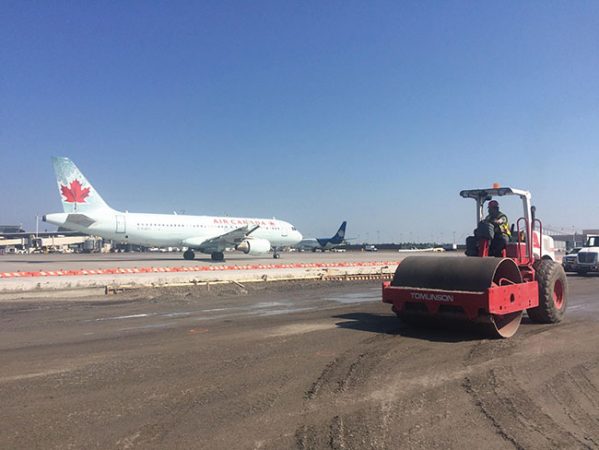 ACIP’s $489.6 million over five years works out to an average of $97.62 million per year to assist Canada’s larger airports. At first glance, that doesn’t seem like a lot of money. Photo: Eric Hurley, HM Aero Aviation Consulting


ACIP’s $489.6 million over five years works out to an average of $97.62 million per year to assist Canada’s larger airports. At first glance, that doesn’t seem like a lot of money.

According to Daniel-Robert Gooch, president of the Canadian Airports Council (CAC, the industry’s trade association), it’s not – especially when compared to the $5.8 billion Canadian airports lost during the pandemic during 2020-2021, plus the additional $2.8 billion in debt they incurred to stay afloat.

“$489.6 million over five years is really quite insufficient,” says Gooch. “We’ve done a poll of our members and they’ve identified about $2.9 billion worth of infrastructure needs, in terms of projects that have been submitted or likely will be submitted for ACIP.”

The CAC president’s less-than-impressed opinion of ACIP is shared by Branden Kotyk, divisional manager, Western Canada for Victaulic in Vancouver.

“I echo that sentiment,” Koytk says. “Looking at the scope of the program, both in terms of the amount of available funding as well as the eligibility of the projects that were listed, I’m concerned that it will do little ultimately to spur the types of larger capital projects that it’s really intending to stimulate. I think it’s a good start, but really just that.”

How should airport contractors respond?


Whether or not ACIP is up to the task, its $489.6 million will allow some airport capital projects to proceed in the near future. (“The ACIP application guide notes that preference will be given to ‘shovel-ready’ projects,” says Crooks. “Transport Canada defines as projects where construction started in 2020 or is planned to start in 2021.”).

So how should airport construction firms position themselves to get a share of this work?

“The most logical approach for construction companies would be to be in communication with airport authorities to discuss their plan for capital projects or maintenance programs going forward,” Kerr says.

“With the lifting of restrictions and increase in travel, along with Transport Canada’s new ACIP, it only makes sense for these authorities to begin moving forward with projects they may have been holding off on.”

“Ultimately, airport construction companies stand to play an important role in ensuring that these critical infrastructure projects can proceed,” Crooks adds. This being the case, HM Aero “encourages readers of this article to continue to monitor for funding announcements from Transport Canada and the eligible airports across the country, and to be ready for the release of tenders as funding becomes available.”

This being said, Kotyk advises airport contractors not to expect too much from ACIP-associated projects.

“It doesn’t appear that, at a federal level, the government is looking to support projects to the extent required to actually keep them underway.”

To learn more about ACIP, go to tc.canada.ca/en/programs/airport-critical-infrastructure-program.

This column appears in the July/August 2021 issue of Rock to Road. Read the digital edition.