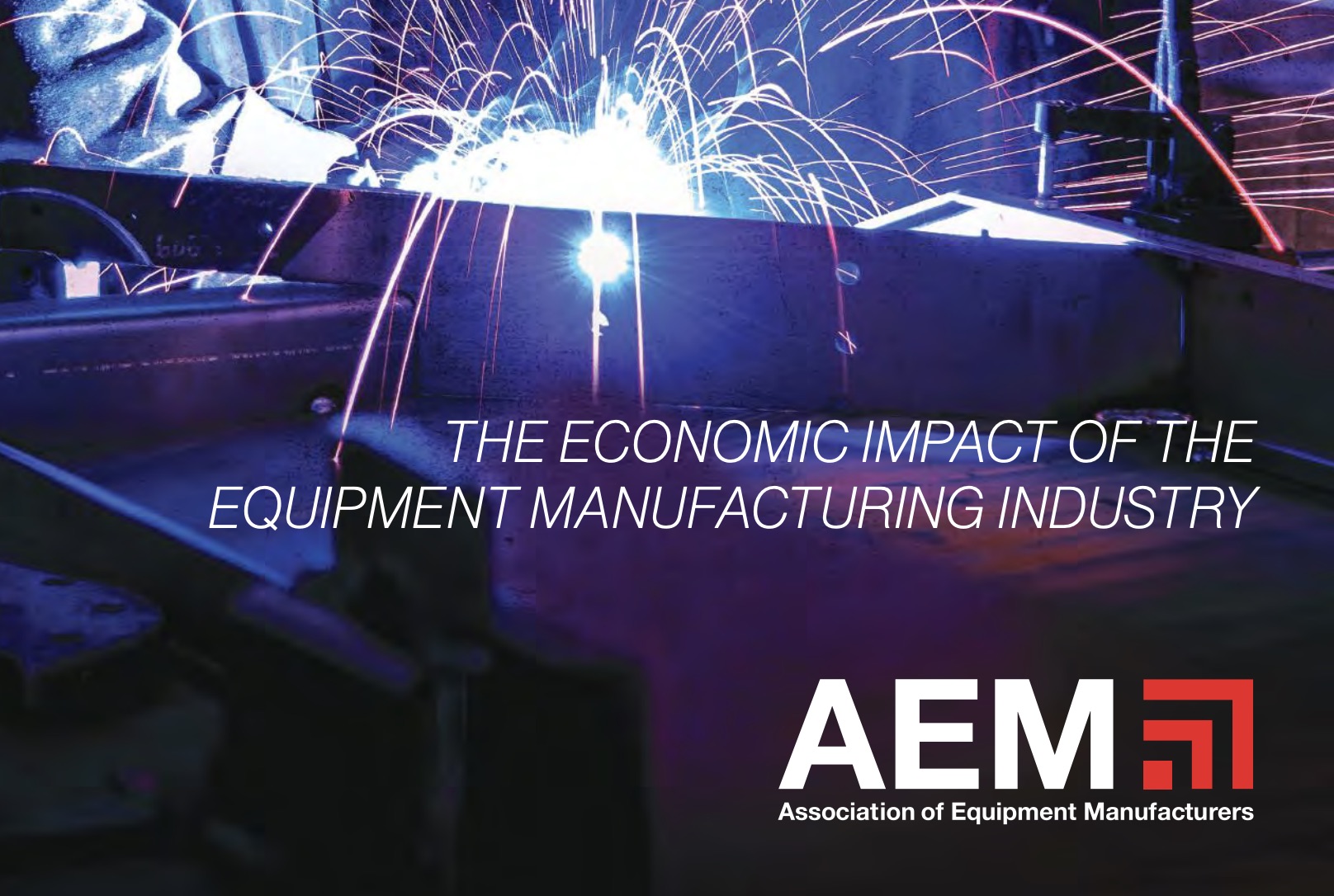 Las Vegas, Nev. – Manufacturers of construction, mining, and agriculture equipment remain a critical part of the U.S. economy and represent 12 per cent of all manufacturing jobs in the U.S., according to a new report released by the Association of Equipment Manufacturers (AEM).

The Market Size and Economic Contributions of the Off-Highway Industry provides a detailed assessment of the equipment manufacturing industry’s contributions to the U.S. economy and the role it plays in creating opportunity and supporting jobs for 2.8 million Americans across the country. The report, produced by IHS Markit, was released at CONEXPO-CON/AGG 2020, North America’s largest construction trade show, which is owned and operated by AEM.

“Every day the 2.8 million men and women of our industry roll up their sleeves and go to work building state-of-the-art equipment in communities across the country,” said Dennis Slater, president of AEM. “This report tells the story of the people who make America by building the combine the farmer uses to harvest his corn and the excavator the construction worker uses to build our roads and bridges.”

The report shows significant overall direct job growth for the industry over the last three years, at a rate of nearly 10 per cent, fuelled in part by historic tax reform and regulatory relief. However, tariffs on steel and other critical inputs, along with a protracted trade war with China, caused direct job growth to slow to just 1.2 per cent in 2019, with both the construction and agriculture equipment sectors contracting by 0.7 and 0.6 per cent respectively.

“2020 is an important election year for our industry, and for all manufacturers,” said Jeff Reed, AEM board chair, and president and CEO of Reed International/VSS Macropaver. “Voters look to elected officials and candidates to support pro-manufacturing policies. That means supporting free and fair trade, infrastructure investment, strong agricultural communities, and training the next generation of America’s workforce, all of which is critically important to the 2.8 million men and women of our industry.”

The report focuses on several measures of economic value, including the total number of jobs supported by the equipment manufacturing industry and its contribution to the amount of gross domestic product (GDP) of the United States. Highlights include:

To keep equipment manufacturing front and centre in 2020, AEM is launching a series of initiatives to educate and engage the men and women of the industry on the policy issues that matter. This includes the “AEM 2020 Manufacturing Express,” a three-month, 20-state bus tour that will highlight the importance of equipment manufacturing to communities across the country, connect manufacturing voters with elected officials and candidates, and promote civic engagement. The bus tour will be unveiled at a 2:30 pm PT press event this Thursday, March 12, at CONEXPO-CON/AGG in Las Vegas.

The Association of Equipment Manufacturers commissioned IHS Markit, a global information provider, to conduct an analysis to estimate the contribution of the agriculture, construction and mining manufacturing segments of the equipment manufacturing industry to the U.S. economy. The report relies upon a well-established approach, grounded on government data and augmented by AEM member data and IHS Markit proprietary industry analysis. The economic contribution of the industry is measured in terms of employment, output, value added (i.e., contribution to GDP), labor income and tax revenue. For each measure, the direct, indirect, and induced contributions of the industry are calculated using a combination of the IHS Markit Business Market Insights industry model, Regional economic model, Census and StatsCan metrics and factors derived from the IMPLAN model, an input-output model based on government data.