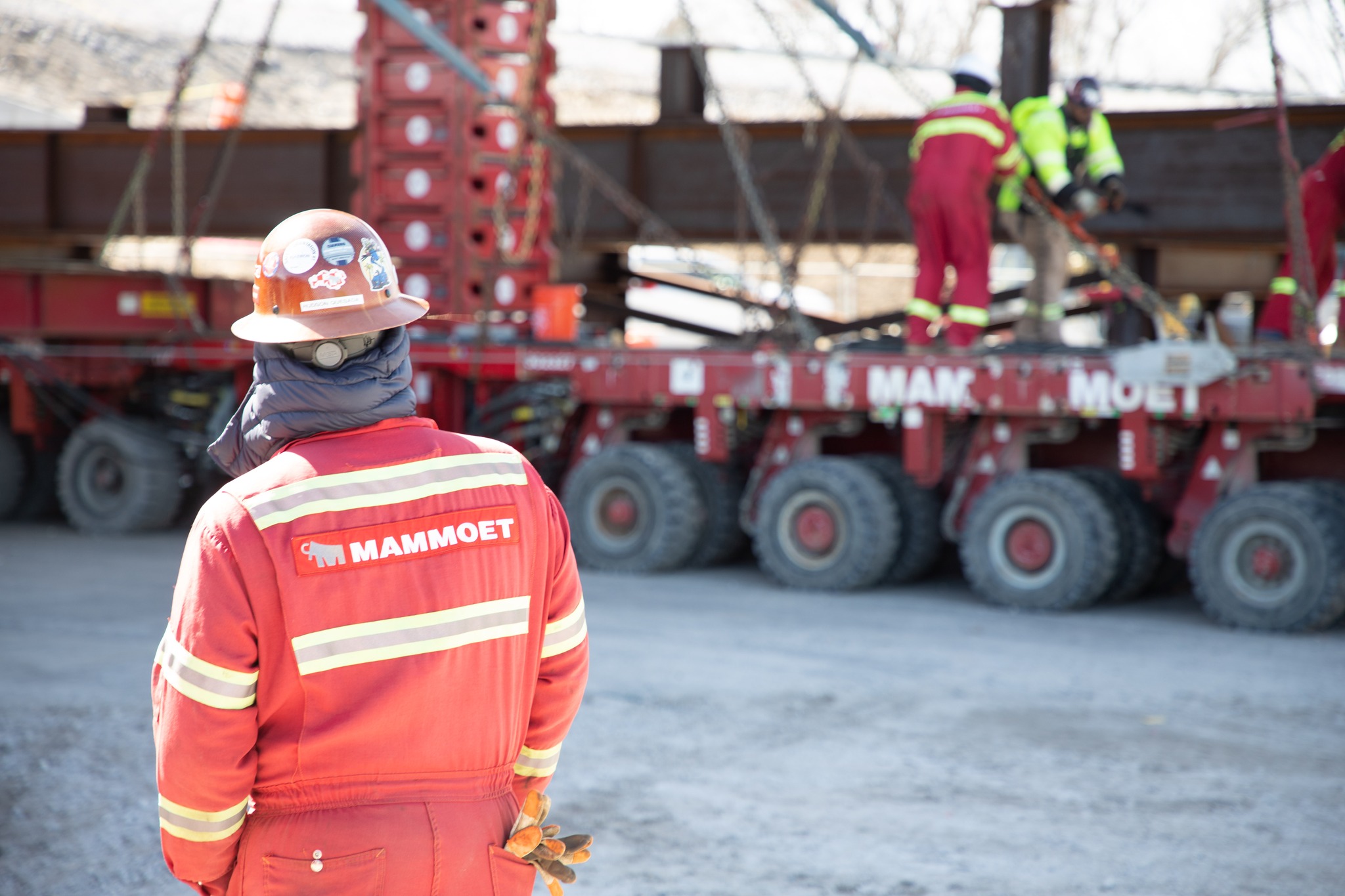 After more than 60 years in operation, Portland, Maine’s Veranda Street Bridge on I-295 was due for a replacement. The bridge, one of the most heavily traveled in the state carrying around 55,000 vehicles per day, was deemed structurally deficient upon inspection in 2017.

Furthermore, the roadway configuration below the bridge was confusing for drivers which caused several intersection crashes and was classified as a high frequency accident location.

To increase safety and to minimize impact to highway traffic, an Accelerated Bridge Construction (ABC) plan was implemented for the project which only allowed for a 60-hour highway closure. The method of ABC selected for this project by Cianbro Corporation, the lead contractor on the job, involved building the upper portion of the new bridge to the side of the existing one on temporary supports. Normally, this approach requires both lifting equipment and falsework to successfully set the bridge – however a recent Mammoet innovation vastly reduced steel mobilization and completed two-and-a-half hours early.

The new spans were built on temporary abutments approximately 60 meters away from the permanent installation location. In the days leading up to the closure weekend, Mammoet’s team used an innovative Mega Jack 300 SPMT cradle system to jack up each of the bridge spans to the required elevation, which was approximately 7.6 meters (25 ft) high.

Once lifted, each trailer configuration was fastened, relocated out of the way, and temporarily staged until the closure weekend. Raising the bridge sections to their required height prior to execution day provided greater insurance that the job would be completed during the short available time window, while the cost of this was small compared to mobilizing steel falsework to site.

Once the demolition of the old bridge and subsequent clean up were complete, Mammoet successfully drove each 24m x 14m (78 ft x 45 ft) bridge section into location above pre-built permanent abutments and lowered it into position. The team was allotted 12 hours to move both the southbound and northbound spans into place and set them; however, this was accomplished in only 9.5 hours.

This was the first time that Mammoet used its Mega Jack 300 cradle system on a highway bridge. The one-of-a-kind innovative equipment is integrated in that it allows the jacks to sit in cradles which are built inside the trailer. The system allows for building low to the ground which ensures a higher level of safety and more control. This also means far less metal needs to be mobilized to site to support bridges during construction.

Each 400t (800,000 lbs.) bridge span was jacked up 5.4 meters (18 ft) in total. The 14 cassettes in the modular jacking system raised the bottom of support girder approximately 6 meters (20 ft) off the ground, with the girder itself providing the remaining elevation. Each span was precisely moved on 24 axle-lines of SPMT in a 3 x 4 configuration before being set into position, aligned, and lowered. Mammoet employed a crew of 6 plus three 3 iron workers.

The project was executed ahead of schedule and without incident or injury. The new bridge is designed to last for the next 100 years. This was the first accelerated bridge construction (ABC) project ever completed in Maine.